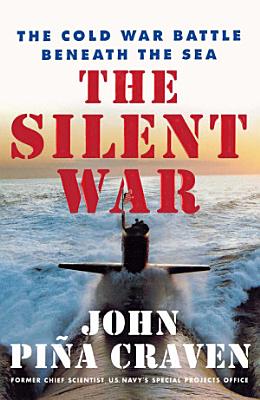 The Cold War was the first major conflict between superpowers in which victory and defeat were unambiguously determined without the firing of a shot. Without the shield of a strong, silent deterrent or the intellectual sword of espionage beneath the sea, that war could not have been won. John P. Craven was a key figure in the Cold War beneath the sea. As chief scientist of the Navy's Special Projects Office, which supervised the Polaris missile system, then later as head of the Deep Submergence Systems Project (DSSP) and the Deep Submergence Rescue Vehicle program (DSRV), both of which engaged in a variety of clandestine undersea projects, he was intimately involved with planning and executing America's submarine-based nuclear deterrence and submarine-based espionage activities during the height of the Cold War. Craven was considered so important by the Soviets that they assigned a full-time KGB agent to spy on him. Some of Craven's highly classified activities have been mentioned in such books as Blind Man's Bluff, but now he gives us his own insights into the deadly cat-and-mouse game that U.S. and Soviet forces played deep in the world's oceans. Craven tells riveting stories about the most treacherous years of the Cold War. In 1956 Nautilus, the world's first nuclear-powered submarine and the backbone of the Polaris ballistic missile system, was only days or even hours from sinking due to structural damage of unknown origin. Craven led a team of experts to diagnose the structural flaw that could have sent the sub to the bottom of the ocean, taking the Navy's missile program with it. Craven offers insight into the rivalry between the advocates of deterrence (with whom he sided) and those military men and scientists, such as Edward Teller, who believed that the United States had to prepare to fight and win a nuclear conflict with the Soviet Union. He describes the argument that raged in the Navy over the reasons for the tragic loss of the submarine Thresher, and tells the astonishing story of the hunt for the rogue Soviet sub that became the model for The Hunt for Red October -- including the amazing discovery the Navy made when it eventually found the sunken sub. Craven takes readers inside the highly secret DSSP and DSRV programs, both of which offered crucial cover for sophisticated intelligence operations. Both programs performed important salvage operations in addition to their secret espionage activities, notably the recovery of a nuclear bomb off Palomares, Spain. He describes how the Navy's success at deep-sea recovery operations led to the takeover of the entire program by the CIA during the Nixon administration. A compelling tale of intrigue, both within our own government and between the U.S. and Soviet navies, The Silent War is an enthralling insider's account of how the submarine service kept the peace during the dangerous days of the Cold War.

The Cold War was the first major conflict between superpowers in which victory and defeat were unambiguously determined without the firing of a shot. Without th

Amid the smoky dance clubs and seedy sections of town, there exist a thriving pornography industry. But it doesn?t end there, and so the danger to men is all th

April 1942 In Europe, the Germans are still totally unaware that the allies have broken the complicated ENIGMA code, whilst in the Far East theatre, where the J

When tragedy strikes, will she ever find happiness again? A young girl battles against adversity in The Silent War, a moving saga by popular author Victor Pembe

The Rise and Fall of the Caucasian Race

View "Public Restrooms": A Photo Gallery in The Atlantic Monthly. So much happens in the public toilet that we never talk about. Finding the right door, waiting

The Silent War in Tibet