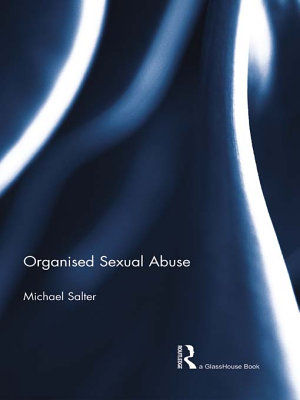 This book examines the sexual abuse of children by groups or networks. It reviews the debates and controversy surrounding organised abuse and examines case studies of 21 adults in Australia who experienced organised sexual abuse in childhood. Themes discussed include: the relationship between sexual abuse and organised abuse; debates on allegations and recovered memories; police responses; the contexts in which sexually abusive groups develop and operate; the role of religion and ritual in subcultures of organised sexual abuse; and the experience of adult and child victims in the criminal justice system and health system.