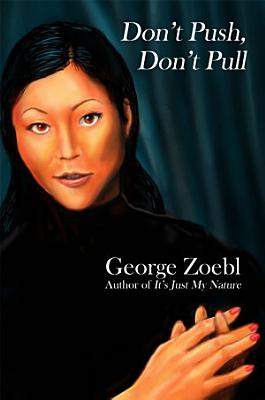 Don’t Push, Don’t Pull By: George Zoebl Leroy Johansson simply craved for the ‘simple life.’ No ties. No strings. Just a little ‘peace on earth’ that would extent for all the non-Christmas days of his life. That was the plan. But sometimes the longest distance on earth is where you are right now and where you thought you’d be. After a dismal experience in the educational system teaching middle school science, plumbing seemed to offer that unencumbered isolation lifestyle. No more messy school politics, militant unions, unending gossip, living with proficiency tests as Jehovah Almighty, and complicated human interactions to Henry Kissinger navigate. No. It would be the ‘simple life’ of just the pipes and Leroy. Fix it. Clean it. Install it. Halfway around the world years earlier, Jasmine Kool’ser, a reluctant nuclear research advisor for Kim-Jong–Il, would make a daring escape across the DMZ to South Korea. Jasmine escaped eight months pregnant with the child conceived after being raped by Kim-Jong-Il’s nephew Han’guk. Jasmine and Leroy would unceremoniously meet on a doomed DC-9 attempting an emergency landing in Guam. From that moment on, because of them, events will begin to transform the entire North Korean tyranny from either the detonation of a nuclear bomb on American soil, or fanning the flames of democracy. Don’t Push, Don’t Pull, like the author’s previous novel, It’s Just My Nature, is an intriguing web of connected stories that blends romance, adventure, after-life possibilities and geo-politics into a page-turner of ‘what happens next; I didn’t see that coming’ engaging novel. Hold on! Wild ride ahead!

The Directory of Second-hand Booksellers, and List of Public Libraries

Doctrine of the Priesthood Vol 8 No. 4 - Adoption — Law of the Kingdom — Forgotten Doctrine of Mormonism — Part 1

Who is Johnny Amund? He would describe himself as a frustrated man, a log-truck driver and mediocre employee. Mary Amund would explain it differently; the serio

The National Bestseller A New York Times Notable Book There is a most unusual woman living in Gap Creek. Julie Harmon works hard, "hard as a man" they say, so h

The Invention of Science

We live in a world made by science. How and when did this happen? This book tells the story of the extraordinary intellectual and cultural revolution that gave

No piece of exercise equipment is more convenient, reliable, versatile and effective at building lean muscle and boosting post-workout metabolic rate than the v

The Handbook of Interior Design

The Handbook of Interior Design explores ways of thinkingthat inform the discipline of interior design. It challengesreaders to consider the connections within