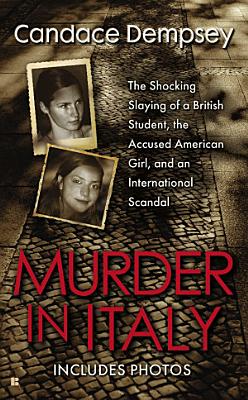 The true story behind the notorious international murder--updated to cover Amanda Knox's acquittal. In Perugia, Italy, on November 2, 2007, police discovered the body of a British college student stabbed to death in her bedroom. The prosecutor alleged that the brutal murder had occurred during a drug-fueled sex game gone wrong. Her housemate, American honor student Amanda Knox, quickly became the prime suspect and soon found herself the star of a sensational international story, both vilified and eroticized by the tabloids and the Internet. Award-winning journalist Candace Dempsey gives readers a front-row seat at the trial and reveals the real story behind the media frenzy. "Beautifully researched, well-written, and clearly organized. Dempsey was the first journalist in the United States to raise questions about the Amanda Knox case, and the first to look deeply into the facts and begin to uncover the shocking truth. If you want to know the real story . you must read this book, reprinted after Knox's acquittal with a new ending."-Douglas Preston, New York Times bestselling author (with Mario Spezi) of The Monster of Florence