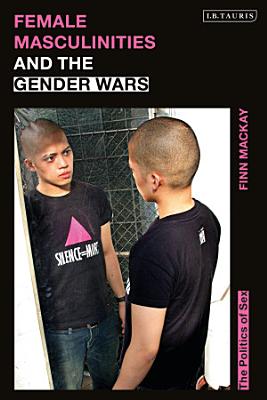 Female Masculinities and the Gender Wars provides important theoretical background and context to the 'gender wars' or 'TERF wars' – the fracture at the forefront of the LGBTQ international conversation. Using queer and female masculinities as a lens, Finn Mackay investigates the current generational shift that is refusing the previous assumed fixity of sex, gender and sexual identity. Transgender and trans rights movements are currently experiencing political backlash from within certain lesbian and lesbian feminist groups, resulting in a situation in which these two minority communities are frequently pitted against one another or perceived as diametrically opposed. Uniquely, Finn Mackay approaches this debate through the context of female masculinity, butch and transmasculine lesbian masculinities. There has been increasing interest in the study of masculinity, influenced by a popular discourse around so-called 'toxic masculinity', the rise of men's rights activism and theory and critical work on Trump's America and the MeToo movement. An increasingly important topic in political science and sociological academia, this book aims to break new ground in the discussion of the politics of gender and identity.

Female Masculinities and the Gender Wars

Female Masculinities and the Gender Wars

Statistics tell us there has never been a better time to be a woman but feminists are quick to point out that women are still victims of everyday sexism. This t

The Oxford Handbook of Gender, War, and the Western World since 1600

To date, the history of military and war has focused predominantly on men as historical agents, disregarding gender and its complex interrelationships with war

The Dynamics of Masculinity in Contemporary Spanish Culture

Focuses on late 19th- and early 20th-century American society, where, the author says, "the beginnings of modern sexuality and psychology intersect with the fou

A professor of psychology shows how "anxious masculinity" is a factor in many wars and conflicts, offering a sweeping treatment of the subject, from the content