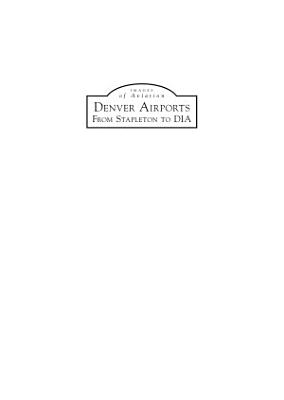 On the cusp of the Great Depression, Denver mayor Benjamin Stapleton pushed for the development of the first city-operated airport. Denver Municipal Airport opened in 1929 with three hub airlines. While Stapleton would be honored to later have the airport named after him, by the mid-1980s, the name Stapleton had become synonymous with congestion, flight delays, and frequent closures when the snow moved in. To solve the problem, Denver mayor Federico Peña envisioned a massive new airport, but when Denver International Airport (DIA) opened in 1995, its three hub airlines had whittled away to just one, and critics warned of dire consequences. Yet the airport persevered, and today, with its iconic tent roof, six runways, and 53 square miles of land, it stands amongst the most beautiful and busiest airports in the world. This is the story of three airports and how they brought the city from cow town to boomtown.

Denver Airports: From Stapleton to DIA

On the cusp of the Great Depression, Denver mayor Benjamin Stapleton pushed for the development of the first city-operated airport. Denver Municipal Airport ope

For more than 40 years, Computerworld has been the leading source of technology news and information for IT influencers worldwide. Computerworld's award-winning

Department of Transportation and Related Agencies Appropriations for 1992