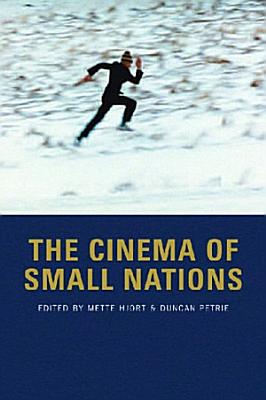 Within cinema studies there has emerged a significant body of scholarship on the idea of 'National Cinema' but there has been a tendency to focus on the major national cinemas. Less developed within this field is the analysis of what we might term minor or small national cinemas, despite the increasing significance of these small entities with the international domain of moving image production, distribution and consumption. The Cinema of Small Nations is the first major analysis of small national cinemas, comprising twelve case studies of small national--and sub national--cinemas from around the world, including Ireland, Denmark, Iceland, Scotland, Bulgaria, Tunisia, Burkina Faso, Cuba, Singapore, Taiwan, Hong Kong and New Zealand. Written by an array of distinguished and emerging scholars, each of the case studies provides a detailed analysis of the particular cinema in question, with an emphasis on the last decade, considering both institutional and textual issues relevant to the national dimension of each cinema. While each chapter contains an in-depth analysis of the particular cinema in question, the book as a whole provides the basis for a broader and more properly comparative understanding of small or minor national cinemas, particularly with regard to structural constraints and possibilities, the impact of globalization and internationalisation, and the role played by economic and cultural factors in small-nation contexts.

The Media in Europe’s Small Nations

Small nations are growing in prominence. In 1950, there were 22 sovereign European states with a population below 18 million. Today there are 36 – not to ment

Theatre and Performance in Small Nations

Arguing that the cultures of small nations offer vital insights into the way people relate to national identity in a globalized world, Theatre and Performance i

Many commentators have routinely referred to theatre and, to an extent, all forms of live performance as particularly appropriate to the discussion of national

This is the first title in a new series of volumes examining different dimensions of the media and culture in small nations. Whether at a local, national or int

The Routledge Companion to Cinema and Politics

Small Cinemas in Global Markets addresses aspects such as identity, revisiting the past, internationalized genres, new forms of experimental cinema, markets and

A Companion to Eastern European Cinemas

The Cinema of Aki Kaurismki

Aki Kaurismäki is an enigma, an eminent auteur who claims his films are a joke. Since 1983, Kaurismäki has produced classically-styled films filled with cinep