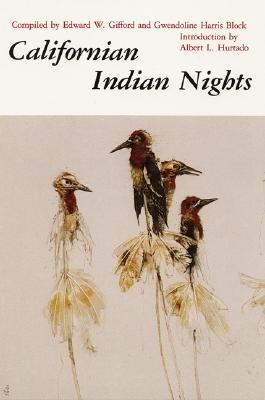 "The rereading of these folklore selections in this attractively printed volume underscores again the uniqueness of California mythology. . . . The tales that make up the mythology there are not the worn stand-bys of the world; these tales from the Pacific coast have a freshness of invention that one discovers all too seldom in collections of folklore. They are surprisingly indige-nous."--Ruth Benedict, American Anthropologist. "The volume is organized in such a way that it will be useful to students of literature as well as to students of anthropology, but the authors have not sacrificed accuracy and the critical use of their material in order to produce any kind of spurious picturesqueness. The volume is well gotten up and attractively illustrated."--Margaret Mead, Annals of the American Academy of Political and Social Science. "This is a most laudable attempt to make available to a general laity a representative collection of Californian Indian myths and tales."--Truman Michelson, American Historical Review. The compilers, Edward W. Gifford and Gwendoline Harris Block, were both associated with the University of California, Berkeley, Gifford as a professor of anthropology and director of the Museum of Anthropology and Block as an editor in the Department of Anthropology. Albert L. Hurtado, who provided an introduction for the Bison Book edition, is an associate professor of history at Arizona State University and the author of Indian Survival on the California Borderland Frontier, 1819?60 (1988), winner of the Ray A. Billington Prize for American frontier history.

"The rereading of these folklore selections in this attractively printed volume underscores again the uniqueness of California mythology. . . . The tales that m

The Natural World of the California Indians

Describes patterns of village life, and covers such subjects as Indian tools and artifacts, hunting techniques, and food.--From publisher description.

The eighth edition of California: A History covers the entire scope of the history of the Golden State, from before first contact with Europeans through the pre

This document is the third of a three-volume set made up of bibliographic citations to published texts, unpublished manuscripts, photographs, sound recordings,

This classic of American Indian ethnography, originally published in 1877, is again available in its complete form. In the summers of 1871 and 1872 Powers visit

A History of California Literature

This History explores the historical periods, literary genres, and cultural movements of California.

Written from an American Indian perspective with input from religious scholars and community leaders, this pioneering reference work explores indigenous North A

Most California histories begin with the arrival of the Spanish missionaries in the late eighteenth century and conveniently skip to the Gold Rush of 1849. Noti