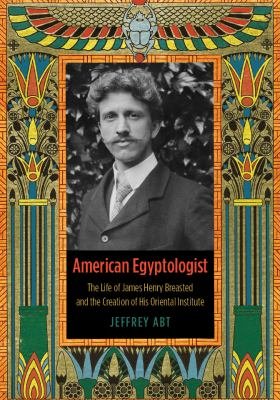 James Henry Breasted (1865–1935) had a career that epitomizes our popular image of the archaeologist. Daring, handsome, and charismatic, he traveled on expeditions to remote and politically unstable corners of the Middle East, helped identify the tomb of King Tut, and was on the cover of Time magazine. But Breasted was more than an Indiana Jones—he was an accomplished scholar, academic entrepreneur, and talented author who brought ancient history to life not just for students but for such notables as Teddy Roosevelt and Sigmund Freud. In American Egyptologist, Jeffrey Abt weaves together the disparate strands of Breasted’s life, from his small-town origins following the Civil War to his evolution into the father of American Egyptology and the founder of the Oriental Institute in the early years of the University of Chicago. Abt explores the scholarly, philanthropic, diplomatic, and religious contexts of his ideas and projects, providing insight into the origins of America’s most prominent center for Near Eastern archaeology. An illuminating portrait of the nearly forgotten man who demystified ancient Egypt for the general public, American Egyptologist restores James Henry Breasted to the world and puts forward a brilliant case for his place as one of the most important scholars of modern times.

James Henry Breasted (1865–1935) had a career that epitomizes our popular image of the archaeologist. Daring, handsome, and charismatic, he traveled on expedi

Charles Edwin Wilbour And the Birth Of American Egyptology

This work is intended to provide a biographical account into the life and archaeological exploits of Charles Edwin Wilbour. The text focuses on Wilbour's overal

Egyptology from the First World War to the Third Reich

Only recently has Egyptology started examining ideology and its implications for our self-understanding and understanding of ancient Egypt, Egyptology, and the

Uncovers the history of classical archaeology as a discipline in the United States from the Revolutionary War to today. Along the way Dyson discusses the develo

American Interests and Policies in the Middle East, 1900-1939

How did a people who lived nearly five thousand years ago, who knew neither iron nor bronze and who lacked mastery of elementary rules of calculation, manage to

Egyptology: The Missing Millennium brings together for the first time the disciplines of Egyptology and Islamic Studies, seeking to overturn the conventional op

Histories of Egyptology are increasingly of interest: to Egyptologists, archaeologists, historians, and others. Yet, particularly as Egypt undergoes a contested